Special Time With Your Teenager 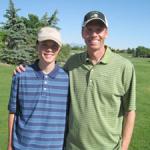 When your child becomes a teenager, it is not uncommon for them to become defiant. They will often contradict you and even try to sabotage your best efforts to create a harmonious family life. This can be very discouraging to parents and usually results in constant power struggles.

In many of our books we talk about "Positive Time Out." There are several points that need to be made regarding time out for children who have not yet reached the age of reason:

Many parents and teachers say "Go to your room (or to the corner) and think about what you did." I'm amazed that many adults don't know the answer when I ask, "Do you know why that is a ludicrous statement?"

Kindness and Firmness at the Same Time

Help! My Child is Stealing!

First, let me say that your book Positive Discipline has been immensely helpful. I read it when my son was five (he's ten now) and I buy a copy for all the new parents I know ( along with the "Read-Aloud Handbook" by Jim Trelease). So thank for writing the book!

When Parents Lose It

Have you ever “lost it” with you kids? My guess is that most people will answer, “Yes,” to this question. The next question is, “Then what did you do?”. Did you feel guilty and beat up on yourself. Or did you rejoice because you just provided your children with a model of learning from mistakes? A primary theme of Positive Discipline is that “Mistakes are Wonderful Opportunities to Learn”. This is true for adults as well as children.

How Do You Motivate a Teen?

A week ago you received the article on the Positive Discipline Tool Card on Take Time for Training that was written mostly by Katie Clark. Katie added the Routines tool and experienced a breakdown. She handled it very well, even though she didn't know she was handling it well. See why.

I Need A Hug

I was watching some videos by Bob Bradbury the other day. They are very informative and inspiring. Bob tells a story about a father who tried the "I need a hug" suggestion. His small son was having a temper tantrum. The father got down on one knee and shouted, "I need a hug." His son asked through his sobs, "What?" The father shouted again, "I need a hug." His son asked incredulously, "Now?!?" The father said, "Yes, now." The son said, "Okay," and begrudgingly and stiffly gave his father a hug. Soon the stiffness disappeared and they melted into each others arms. After a few moments the father said, "Thanks, I needed that." His son said, with a small tremor on his lips, "So did I."