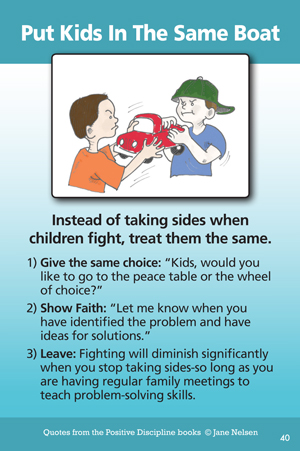 Conflict usually diminishes when you put students in the same boat instead of trying to figure out who is to blame.

Hello-  I need your advice.  I have two boys who are almost 4 and 6.  My almost  4 year old son has been lately constantly inflicting physical pain on his 6 year old brother.  Examples include scratching, punching, slapping and pinching him.  Most of the time, they are unprovoked.  It is hard not to take sides.  I feel bad for my older son because he tries really hard not to react and hit back (though some time he does hit back).  I end up yelling and getting frustrated.  I feel like I'm yelling all day long.  Any advice is greatly appreciated.