How Do You Spend Time That Counts?

Excerpt from Positive Discipline for Teenagers, by Jane Nelsen and Lynn Lott 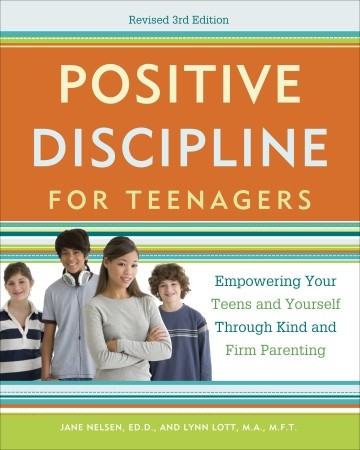 DURING THE TEEN years, when your children spend less and less time with you, it's more important than ever to connect in ways that really count. Unfortunately, there are several conditions that make quality time especially difficult to achieve: busy schedules, teenagers' preference to be with their friends, and time spent lecturing, judging, and punishing.
Brian decided to try spending quality time with his son, Ted. Brian's attempts to control Ted's use of drug and alcohol had damaged their relationships. He had grounded Ted, taken his car away, and lectured ad infinitum ("How could you do such a thing? You'll ruin your life forever. What have we done wrong?"), but all to no avail. Ted got more defiant and more rebellious, and the father-son relationship deteriorated badly. Brian was thoroughly discouraged, but decided to take a class called "Empowering Teens and Yourself in the Process" before giving up completely. The very first night of the class he heard something that would later change his life, as well as his son's. The facilitator said, "Sometimes you get the best results by forgetting about behavior and focusing on the relationship." Brian thought that sounded pretty simplistic, but he also realized that trying to improve his relationship with his son certainly couldn't do any harm—even if it didn't do any good.
The next day, Brian showed up at Ted's school during his lunch period and got permission to take his son to lunch. Brian had decided that his whole purpose would be to enjoy Ted's company—no matter what. When Ted saw his dad, he asked belligerently, "What are you doing here?" Brian replied, "I just wanted to have lunch with you." During lunch, Brian focused on his purpose, avoiding third-degree questions. He didn't even ask Ted how his day was. Ted was completely surprised and very suspicious all during lunch, waiting to be criticized or lectured. The entire lunch was spent in silence. Afterward, Brian took Ted back to school and said, "Thanks for having lunch with me. I really enjoyed being with you."
Brian continued showing up at Ted's school for lunch every Wednesday. It took three weeks for Ted's suspicions to disappear. He then started telling his father small things about his day, and his father did the same. Ted even began asking questions about work and college. Brian was careful to answer Ted's questions without lecturing.
Meanwhile, Brian had stopped trying to control Ted through punishment and withdrawal of privileges. Instead, he focused on Ted's assets, even though he had to dig to get past his fears about Ted's rebellion. He told Ted how glad he was to have him as his son and described to Ted how thrilled he had been the day he was born. Brian found it easy to tell stories about the cute things Ted had done as a child. Ted would shrug and give the impression that he thought these stories were "stupid." However, during this time, Brian noticed that Ted showed up for dinner more often and sometimes brought his friends over to watch television.
One day, three months into the lunch routine, Brian got stuck in a meeting that lasted through the lunch period. That night, Ted said, "What happened to you today, Dad?"
Brian apologized, "I'm sorry. I didn't know you were expecting me. We never said it would be a regular thing. But I'd love to make it a regular routine; how about you?"
Nonchalantly, Ted said, "Sure."
Brian said, "I'll be sure to leave a message if I ever get tied up again."
Brian felt pleased and gratified about the effectiveness of spending quality time with his son. He didn't know if Ted stopped experimenting with drugs and alcohol, but he knew his control efforts hadn't had a positive effect. Now, at least, the damaged relationship was being repaired, and Brian was grateful that the importance of this had gotten through his own thick skull. He felt satisfied that he was providing good memories for his son and letting him know from experience that his father loved him unconditionally. Ted's behavior improved considerably. He stopped being disrespectful. In fact, he started being considerate about letting his parents know when he would be home. Brian felt he was creating an atmosphere in which his son could think more about how his behavior affected his life rather than spending so much energy on "getting even" with his dad for the lectures and criticism.