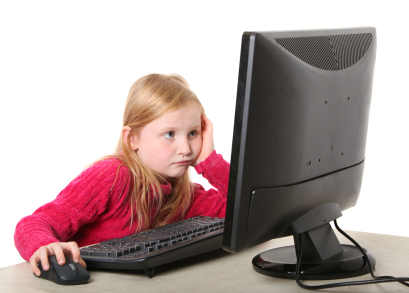 My child complains about being bored and expects me to drop everything to entertain him. What do you suggest?

From the Book Positive Discipline A-Z

Understanding Your Child, Yourself, and the Situation

We live in a society where children are used to being entertained. Television and electronic games are major contributors to this dilemma. Children can passively sit and watch "Sesame Street" or play with a video game and be highly entertained. (It is true that "Sesame Street" is educational and that electronic games teach eye-hand coordination; however, they limit creativity, resourcefulness, and proper brain development.) Another contributor is the belief of many parents that they must fix every problem their children have. Children do need our help to become involved in sports, outside interests, hobbies, and other activities (in moderation), but they do not need to be entertained or have their time controlled by parents every minute of the day.

Ask, "What ideas do you have to solve your problem?" If your child says, "I don't know," do not get hooked into giving him answers. You might say, "I have faith in you to work it out."

Listen in an empathetic way and acknowledge without trying to fix the problem: "I can understand that. I feet bored myself sometimes." If your child keeps badgering you, keep listening and acknowledging with noncommittal sounds, "Umm. Uh-huh." Eventually your child will get so bored with his unsuccessful efforts to get you to handle his problem that he will find something else to do.

Another possibility is to say, "That is good. Perhaps your mind and body need some quiet time. Would you like to learn how to meditate?" She will probably run the other way. However, meditation could be a good practice to model for your children and to teach when they are ready.

Limit time for television and electronic games so children are used to being creative and resourceful instead of being passive or depending on electronic gadgets.

During a family meeting or a problem-solving session, brainstorm with your children to see how many ideas you can all come up with for things to do when they feel bored. Have each child choose his favorite things from the big list and make his own "Things to Do When I'm Bored" list.

Once a child has a plan for what to do when bored, you can give a choice, "You may either continue to be bored, or you can find something to do. I have faith that you will do what is best for you."

Children can learn that it is up to them to take care of how they structure their free time. They can go to others for understanding, emotional support, and inspiration, but ultimately they are capable of taking care of themselves and the skills of self-reliance can begin getting exercised early in life.

Children, when allowed to be bored for more than an hour, become so bored with boredom that they begin to use their native intelligence to find an alternative. When my child says, "Dad, I'm bored," I say, "I understand that, honey. Let me know how it works out." Then I get on with what I'm doing.

Popular author and speaker Leo Buscaglia said in one of his lectures, "If you are bored, you are boring."

Iku and Harry were going crazy because their daughter was pestering them and demanding constant attention, especially at times when they wanted to be otherwise engaged, like at the end of a long day. Iku and Harry thought Kirsten, age 6, was bored and didn't know how to entertain herself. They felt it was their job to fill all her time with interesting and educational activities, but they also believed they had a right to take a break at the end of the day. What really confused them was when Kirsten finally went to bed, she would continually turn her light on and read, play with the computer, draw pictures and engage in numerous activities. The next morning Kirsten would crawl out of bed with dark circles under her eyes.

One day the three of them sat down to talk about the problem. Kirsten said she needed to stay up later because she had so many things to do that were important to her, like making a card for her friend's birthday, or rereading her favorite book, and there wasn't any time during the day to get these things done. Iku and Harry looked at each other in shock as Kirsten explained her thinking to them. Kirsten told them that in school her teacher had something called "Personal Activity Time" or "P.A.T." Once all the school work was done, the children could do things of interest to them as long as they didn't disturb the others. Kirsten said the time in her room at night was her P.A.T. time.

Iku and Harry realized that they needed to help Kirsten with her scheduling, as her problem wasn't really one of boredom, but more one of scheduling. They suggested that they change bedtime to fifteen minutes later and then told Kirsten that she could have P.A.T. time as soon as her dinner chores were done and she was ready for bed. Currently it was taking Kirsten over an hour to get ready for bed. Kirsten agreed to the plan with a big smile on her face.

The first night of the new plan, Kirsten completed her evening chore and bedtime routine in nine minutes and then ran into her room to complete at art project she wanted to do. Iku and Harry looked at each other in amazement. Every night after that, Kirsten efficiently completed her chores so she could have time to do the things that were important to her. Iku and Harry realized their assessment that Kirsten was bored was wrong and that she had simply been frustrated by an inability to figure out how to structure her time to fit everything in.