Dealing with bullying behavior in a school setting 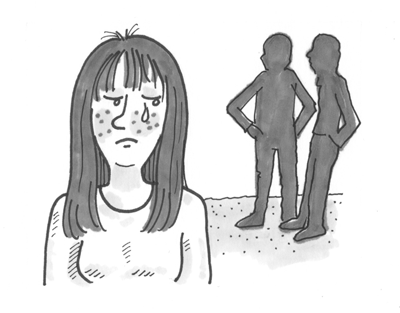 I am looking for some concrete practical tips for dealing with bullying behavior in a school setting. How can I work to change the bully's behavior? How can I help the victim avoid any further victimization?

I have included excerpts on Bullying and the Victim from our book, Positive Discipline: A Teacher's A-Z Guide.  Even though these excerpts relate directly to your question on these two behaviors there is still much to learn about why children misbehave, and how to encourage change. We can also learn more about the effectiveness of class meetings for the best way to prevent bullying by creating a sense of belonging and involving students in focusing on solutions.

There are bullies in most settings from the classroom to the workplace,  and from the sports field to the United States Senate. The person on top in a vertical relationship is a bully no matter how subtle the interplay.  Bullying is a means to forcing other people to act or agree to a course of action. Bullying frequently includes disparagement, physical aggression, insulting language, and threats or intimidation. It is important to realize that a bully is a person who feels inferior to those around him. At a subconscious level, bullies believe that their only significance in life, or their way to belong, comes from making themselves more powerful than others.

There is a type of fish, known as the puffer, that frightens off enemies by puffing itself up to a greater size. A bully is like a threatened puffer fish that is all puffed up and full of air. The best tool at the bully's disposal is the willingness of other people to be victims. When a bully meets weakness he thrives. When a bully encounters dignity and assertiveness he deflates into nothingness.

Do you have a victim in training? When adults step in and take responsibility every time problems arise a child may begin to see himself as powerless. His thought process goes like this: "I don't have any responsibility for what happens to me. It is always someone else's fault. And I can't do anything to solve the problem. I need to call in the big guns."

Continually rescuing students allows them to excuse themselves from accountability. The student who sees herself as a victim learns quickly that grievances about the behavior of others are an excellent way to get attention and sympathy--and to get the heat off herself. A victim decides that any problem she has with other students or with adults has nothing to do with her own behavior.

Victims don't learn how to solve problems or how to accept responsibility for the consequences of what they do. Instead they learn how to get others to commiserate with them and solve their problems. As a consequence their emotional development is hindered.